Hosting providers face many issues in the shared hosting environment. That’s because they can limit disk space, bandwidth, PHP memory usage, etc. but cannot limit use of resources like IO, memory, CPU and virtual memory. This in turn leads to server load and MySQL abuse, thereby causing hosting providers to lose customers due to halt in their sites.

That’s when CloudLinux OS comes in!

It lets you limit use of resources and provides a secure and stable hosting environment to avoid server downtime.

The main goal of CloudLinux is to make Linux more cost-effective, profitable, stable and secure to use. Currently, the CloudLinux OS powers nearly 20 million websites and runs on over 60,000 production servers. It is best-known to offer efficiency and high-security to shared hosting providers.

What is CloudLinux OS?

CloudLinux OS is one of the prominent multi-tenancy platforms that can capably isolate every tenant, whilst offering them allocated server resources. Such infrastructure is more secure, and enhances server density and stability altogether.

The CloudLinux OS environment is flexible like that of a virtual server, and not as shared hosting. Which is why, the profitability increases and churn rates and operating costs reduce.

Who is it for?

CloudLinux OS is deliberately designed for shared hosting providers. It will isolate every tenant with an individual LVE (Lightweight Virtualized Environment), which will segregate, allocate and restrict server resources such as connections, CPU, memory for every customer.

Such an approach makes sure that another tenant cannot endanger the stability of your servers, thereby preventing slowdown or termination of sites. It also segregates tenants from one another, so there are no security breaches and spread of malware or unstable scripts into your customers’ sites.

2- Security Features: Retrieving a hacked server is a tedious task, and hosting providers have to go through this quite often. Not only does this degrades the provider’s company name but also causes them to lose customers quickly.

Hacking your shared hosting server is easy for the attackers these days. They can easily attain an account on the server just by abusing downgraded scripts or using a stolen credit card for signups. Once done, the hackers can seek their way through to completely hack the server.

That’s why, CloudLinux OS uses CageFS and SecureLinks modern techniques to segregate and virtualize each tenant to their own environment.

3- Profitable Features: High stability and topnotch security of your servers relatively increases the profitability as well. With CloudLinux OS, you can multiply the number of tenants for every server, and prevent resource spikes.

As you limit the use of resources for every customer, you can upsell them to the next level plan when they cross their limit without switching their server. Plus, you get to boost profits by giving more options to customers. This can be done by simply creating different hosting packages depending upon flexibility and utilization of resources.

Here are a few profitable features of CloudLinux OS:

Hosting providers get to benefit from high reliability, security and stability of CloudLinux OS without worrying about its compatibility. It works well with popular control panels such as DirectAdmin, LITESPEED, Plesk, ISP Manager, webmin and cPanel.

Plus, it works with most software used with RHEL and CentOS.

With CloudLinux OS, shared hosting providers will witness improvements in their server utilizations, stability, and performance.

Due to use of latest technologies, the hosts might experience reduction in reboots, loss of customers, churn rates and better utilization of resources across servers.

All in all, it is an amazing, power-packed tool to use for hosting providers in this fast-growing cloud era!

Let us your comments about the CloudLinux Overview bellow. 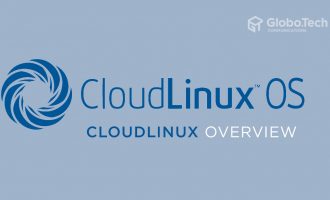