To reduce network latency, a Content Delivery Network (CDN) provides a series of alternative servers geographically spread throughout the world. By placing your static images on those servers, they are delivered more quickly, keeping download time to a minimum. In this article, we’ll explore how they work, when to use them, and how they are priced. Ultimately, if they are right for you.

What is a CDN?

Imagine replicating the content of your site on server farms spread throughout the world. When people visit your site, you redirect them to get your content from a site much closer to their physical location. That is basically what a content delivery network, or CDN, provides. It speeds up the delivery of your site’s resources by caching them around the world and thus reducing the distance they have to travel across the network.

How a CDN Works

A CDN works by replicating the static resources of your site and caching them on alternative servers that are geographically dispersed. When a user visits your site, the core and dynamic content is delivered from your site, so you can update it more frequently or just query a local database in real time, but static content, especially images, have their source URLs rewritten to be delivered from geographically dispersed servers.

Image Delivery Without a CDN

When a user tries to load a page from a site, the page references a series of resources it needs before the page can be rendered. For each of these resources, a separate request must be made to fetch the image, JavaScript file, Cascading Style Sheets (CSS), and other files that are outside the business information being delivered. The response then comes back for each request, traveling halfway around the world in both directions if the user happens to be literally halfway around the world.

Why Is It Adding Performance? 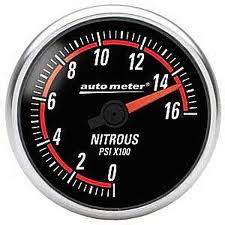 A CDN has a series of nodes or edge servers spread around the globe that cache static resources. When a user tries to load a page from a site that uses a CDN, the page references for the cached content are redirected to the local edge servers. Because much of the content, such as static images, rarely changes, getting the local cached content from the edge servers results in the pages on the site being rendered more quickly. The network latency of the closer content is much shorter than having to make a round-trip to the home server. The edge servers are strategically positioned to improve performance for users who are relatively closer, too. They don’t have to be halfway around the world to see performance improvements. It is just that the further they are from your server, the greater the improvement they’ll see.

Setting up a CDN is not for everyone. While any server can use a CDN, that doesn’t mean every server should. Take bloggers, for instance. People who are using Google’s Blogger.com, are using Google’s hosting and setup and are looking for an easy way to maintain their blogs. If instead they’re on a WordPress.org blog, it is more involved, as they have to find their own hosting, and so on. They are more apt to spend the time to configure their servers to be sped up by a CDN. For larger-scale company sites, it is basically a matter of putting images and other static resources in a new place and redirecting traffic to the new image location. It is that simple. Remember that a CDN is best suitable for caching data that doesn’t change often such as images, java script, etc. Heavy dynamic website might not get significant gain from a CDN use.

Who Should Use a CDN?

Speed is king these days. If you can deliver a way to place an order or get information faster than another site that offers the same thing, people will naturally move toward the faster way, if all else is equal. Google’s algorithms are secret, but it is well-known that faster sites get higher rankings. By using a CDN to allow pages to render faster, you should get higher page rankings. Another benefit of using a CDN is crash resistance. Replicating content on secondary servers reduces the strain on the main server and provides additional locations for retrieving your content. A CDN is especially important during spikes in traffic. For instance, your server can handle the Christmas rush more easily if it only has to deal with orders and not with delivering static images. We all want sites to be rich in multimedia content. That puts a strain on the server to deliver more files.

How Is a CDN Normally Priced?

If a CDN is right for you, how will you be charged? Basically, charges are by the gigabyte and by region. You’re charged based on how much content you need to cache, how much is delivered, and where it goes. If your users are primarily in the English-speaking world, you can purchase CDN coverage in Europe, Australia, and North America. You won’t need server coverage in Asia or South America. Security/secure sockets layer (SSL) requirements are another element when pricing delivery, although images typically don’t need to be delivered securely unless the whole page is secure.
Is a CDN right for you right now? The added cost of a CDN can reduce the needs of your own server farm. It will reduce the load on your server. It will speed up the delivery of your static images. It will help you get better search engine placement, because your site will faster, or it will at least put you on par with other sites that are using CDNs. Improving user experience by being faster is definitely something to consider when looking at a CDN. Consider the options that fit your budget, and give it a try, or just try a free trial somewhere to experience the benefits. You can also check countrywise website hosting comparisons at Mango Matter Media.