PHP vs Node.js: How do they stack up?

PHP vs Node.js: How do they stack up?

PHP and Node.js are two different methods used to manage the back-end of many websites, though they function with distinct differences. While PHP is a server-side and back-end scripting language, Node.js is an environment that’s written in JavaScript and designed to work on the server-side or back-end of websites. Prior to Node.js being implemented in 2009, JavaScript was used on the server side; this addition gave programmers and developers the choice between PHP and a JavaScript environment for their back-end environments.

It’s important to understand that PHP and Node.js are both incredibly popular solutions used in a variety of environments. Each solution offers advantages and drawbacks, and it’s the programmer’s prerogative to choose the proper solution based on their requirements.

Additionally, PHP’s website offers a release history and documentation for individuals wanting to learn more about this language, while the website for Node.js explains more about the Node.js environment, provides documentation, and provides an update history.

PHP currently stands for Hypertext Preprocessor, which is a recursive acronym or an acronym that is usually defined by the acronym itself; recursive acronyms tend to occur when an explanation for the acronym is needed or change. Originally, PHP stood for Personal Home Page and was rebranded when PHP 3 was being developed in 1997.

PHP has become a commonly used language that programmers used for their back-end or server-side operations; PHP gained popularity shortly after its release in 1995. PHP also managed to grow and evolve with a formal specification in place for almost 20 years, which meant there was a lack of formal specifications for syntax and semantics in existence.

PHP is considered an interpreted language, which means the written scripts are executed freely without the need for a compilation program to turn PHP into a machine-friendly language. The interpreter for PHP executes the programs directly, turning the statements into a sequence of subroutines that are already formatted as machine code.

While this has made PHP popular among programmers creating programs of varying sizes and complexity, it can also lead to higher levels of errors or bugs; the lack of error checks by a compiler can cause more bugs in these scripts.

Node.js is not a traditional programming language. Instead, it is based on JavaScript and functions as a run-time environment for server-side or back-end executions. While JavaScript was released in 1995, Node.js was implemented in 2009 to increase the usage of JavaScript in more web applications.

Node.js has become a popular method of creating web servers, networking tools, and modules that are responsible for various functionalities; the use of the Node.js API allows writing server applications with reduced complexity. Additionally, Node.js has become popular with users of other languages that can be compiled into JavaScript; this can include CoffeeScript, Dart, and TypeScript. 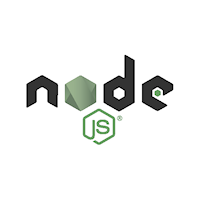 Unlike PHP, Node.js functions with just-in-time (JIT) compilation, sometimes called dynamic translation, which means the scripts are compiled while the program is being executed. JIT compilation combines two standard machine code approaches, ahead-of-time compilation, and interpretation, bringing together advantages and disadvantages of each method.

JIT compilation can theoretically provide faster execution than traditional compilations because of the adaptive and analytical nature used; JavaScript (and therefore Node.js) are considered dynamic programming languages, which means they are better suited for JIT compilation.

Choosing between PHP and Node.js is not a simple choice since no simple answer exists to determine which language or environment is better. While interpreted compilation languages like PHP are popular and designed for server-side and back-end development, Node.js has expanded JavaScript’s use into the server-side realm.

Additionally, the use of just-in-time compilation can be a beneficial choice, depending on the implementation. PHP provides the benefit of interpreted compilation, meaning the language is ready for machines to understand from the offset, while Node.js environments will require a compiler to translate the language into machine language while it executes. The benefits of just-in-time compilation should be assessed while making a decision, as each strategy offers different advantages to the run-time environment.