Net neutrality, also known as a free and open internet, is a guiding concept of what makes the internet popular and successful. Essentially, this concept allows users to communicate online, sharing their thoughts and beliefs without fear of having their speech compromised; opinions as far right, left, or completely outside the bounds are all shared and communicated, in many ways, without censorship.

Another reason this is important is that a free, open internet means that telecommunication providers do not have control over content, allowing users from the individual to the biggest corporation take advantage of everything the internet has; without neutrality, providers could charge users different prices to access content based on the provider’s preferences. 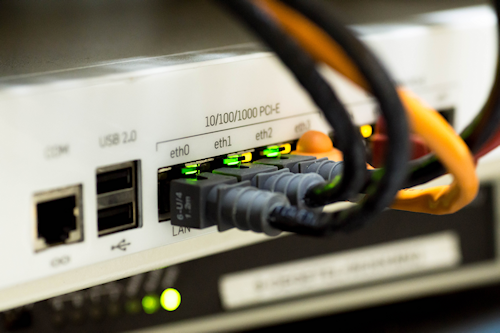 The Federal Communications Commission (FCC), currently lead by Ajit Pai, is heading to a vote on December 14 to consider removing some protections that were established during the previous administration; President Trump appointed Pai to the role of Chairman in January 2017. Previous to this role, Pai served in other functions within the FCC but was not the Chairman. Additionally, as of October 2017, Pai had been renominated and confirmed for another five years as Chairman.

The vote set for December 14 is aimed at repealing legislation and rules set forth by President Obama’s administration; if repealed, this will allow carriers to potentially favor their content or services above content and services from other providers.

For example, a telecommunications provider may establish a relationship with a popular music streaming service, allowing you to stream music through them without additional fees. However, if you wanted to use a smaller or startup service, you may have to pay an extra fee to use services not approved by the provider by default.

While the FCC vote regarding a free and open internet will immediately impact the United States, there may be further reaching complications and effects felt in Canada and other nations.

Unlike the United States, Canada features a differently regulatory agency for telecommunications, the Canadian Radio-television and Telecommunications Commission (CRTC). While this piece examines the potential changes from the FCC’s vote, the CRTC’s perspective will also be incorporated.

Legally, the Trump administration and the FCC cannot make changes to Canadian telecommunication legislation; changes of this nature would have to come from the CRTC. The current Chairman of the CRTC, Jean-Pierre Blais, was quoted earlier in 2017 talking about the importance of a free, open internet and the chances it provides consumers to choose the content they want to expose themselves to; removing net neutrality would potentially remove this choice from consumers.

“A free and open Internet gives everyone a fair chance to innovate and for a vast array of content to be discovered by consumers. A free and open Internet also allows citizens to be informed and engage on issues of public concern without undue or inappropriate interference by those who operate those networks. Rather than offering its subscribers selected content at different data usage prices, Internet service providers should be offering more data at lower prices. That way, subscribers can choose for themselves what content they want to consume.”

After the December 14th vote in the United States, changes within Canada will not be seen from a legal perspective; Ajit Pai, the FCC, and the Trump administration do not have the authority to make changes. However, changes that occur in the United States may prompt telecommunications companies in other nations, including Canada, to begin pushing for these changes as well.

Politically, the Canadian Prime Minister, Justin Trudeau, is concerned about the attacks on net neutrality from the Trump administration and the FCC. He’s even gone so far as to mention that net neutrality is essential for keeping small businesses competitive, for allowing consumers to choose what they want to consume, and for preserving freedom.

“Net neutrality is something that is essential for small businesses, for consumers, and it is essential to keep the freedom associated with the internet alive.”

Additionally, the Prime Minister has expressed his desire to find ways to help defend a free and open internet altogether, wanting to reduce the potential for this change to negatively impact a service that’s used worldwide.

From a political perspective, this change could cause tension between the leaders of the United States and Canada. When leaders do not agree on changes of this nature, it can lead to heated discussions regarding the proper way to approach the issue. The Trump administration has a different perspective on handling issues within the United States and internationally, so this FCC vote could be a trigger for more significant disagreements between the two nations.

While things are not immediately changing from a legal or political perspective, there could be a content change that would affect many Canadians. A professor from the University of Waterloo has expressed concern about the proposed net neutrality vote, especially when many content providers that Canadians consume are based in the United States; providers like Netflix, YouTube, Twitch, and Apple Music would all apply.

“Many of the content services that Canadians consume most highly are American,”
– University of Waterloo professor Aimée Morrison, Source: CBC

Not only will the previously mentioned types of services have to negotiate new costs to ensure their content is available within the United States, but Canadian services trying to compete in the marketplace will also have to arrange and pay new rates. If Canadian services are having to pay to get their services streaming in the United States, then those costs will be passed on in higher subscription costs to the consumer.

Additionally, the United States is often seen as a leader when it comes to telecommunications and other services. If the vote to repeal the Obama-era legislation passes, then it could cause other countries to review and potentially alter their internet usage rules and regulations. Changes in how internet service providers are allowed to manage and segregate the internet could create higher prices for the consumer since a base plan and subscriptions would likely be needed to access the services a consumer expects.

Luckily, the CRTC has affirmed their stance regarding internet usage, treating it similarly to telephone usage; this means that a fee is paid to the service provider for access to the internet, and they do not control what you access once you’re online. However, if these rules are changed or removed, it’s possible the internet could become a service similar to cable television, where packages must be purchased to access different groups of services (in this case, it would be services like Netflix, YouTube, Spotify, etc.).

The debate around net neutrality is of major concern for many individuals, both within the United States and Canada as well as worldwide. A successful vote on December 14th may lead to a relaunch of the debate within Canada, due to the inequality that would occur. However, it’s important to remember that the internet should remain a free and open digital landscape, providing consumers with access to whatever information they desire. Telecommunications providers should not have the ability to control what a consumer accesses while online, they should merely be providing the tools to access that information.

While there will be no immediate changes within Canada after the FCC’s vote, it’s important to maintain awareness of this issue and be willing to voice your concerns about changes to net neutrality if the debates begin again. 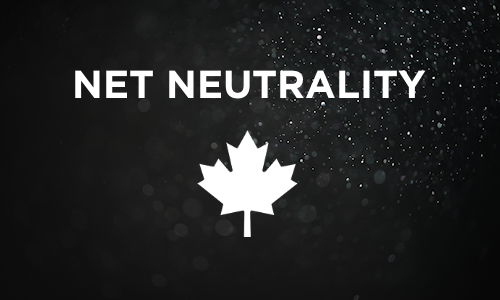