Choosing an OS: Ubuntu vs Fedora vs CentOS vs Debian

Choosing an OS: Ubuntu vs Fedora vs CentOS vs Debian

Operating systems come in a variety of distributions, with the common distributions including Windows, Mac OS, and Linux-based choices. Although there are a variety of system choices available, two choices popular among computer-savvy users are Linux distributions and Unix-like systems.

Unix-like systems, like Debian, are also well-known, free, and open-source in most instances. Unix-like systems behave similarly to other Unix systems without conforming to a standard definition or term; these systems pass certification to be deemed Unix-like.

When choosing the right distribution or operating system for your server, there can be a variety of solutions available; choosing the correct distribution can mean weighing the differences between two very similar options. Below, we examine four of the most popular choices for Linux-based and Unix-like systems.

The Ubuntu distribution is a popular Linux-based solution that is often touted as a beginner-friendly choice for anyone wanting to learn more about Linux operating systems; although it’s not the oldest distribution, it is one of the most well-known choices. Additionally, this distribution is known for the large number of features provided to all users, the stability of each rollout, and the long-term support (LTS) on all major releases for five years after the release date.

The Ubuntu distribution was released in 2004, but it based on the Debian system that was released in 1993. This distribution provides great usage for the average desktop system, providing users with a beginner-friendly system with a variety of tutorials available. Additionally, for users that prefer mobile operating systems or desire a mobile-friendly Linux system, the Ubuntu-touch OS has been created for use with mobile devices.

The Fedora distribution was originally a project sponsored by a group wanting to develop new operating systems similar to Red Hat Linux (RHL); this distribution has continued to thrive even though RHL reached its end of life in 2004.

The Fedora distribution tends to be frequently updated, featuring 27 version releases since the distribution launch in 2003; this means almost two updates every year. While the frequent update schedule helps ensure that the more current and popular solutions are available, it can be a hindrance or frustration for users.

Like the previously discussed operation system, CentOS was designed to work well with the RHL distributions; the Red Hat project has since helped to support and sponsor the development of CentOS.

Short for the Community Enterprise Operating System, CentOS has been designed to supplement the Red Hat Enterprise Linux (RHEL) releases while remaining free for non-enterprise users. Additionally, with stable releases, long-term support, and the lightweight nature of the distribution, this is a popular option for Linux-savvy users.

Versions are maintained for ten years, meaning a long support length and making this operating system great for use online with web applications or website hosting. However, the long length of support means that software choices are more conservative and may not be considered “cutting edge.”

Although it’s considered a Unix-like system, Debian is a popular alternative for users that are familiar with computer systems, prefer the flexibility of open-source solutions, and enjoy the stability that other similar systems provide. 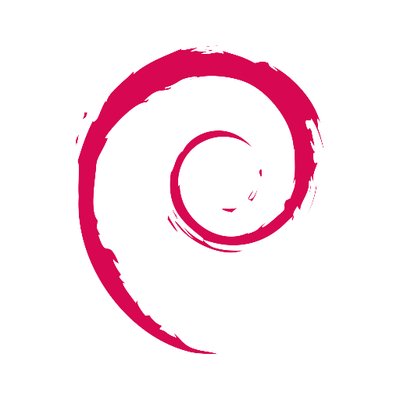 As shown above, there are a variety of operating systems available in the Linux and Unix-like spaces; this means each user or administrator will need to evaluate their needs and make a proper choice for their system or network.

When researching the available options and trying to narrow down the choices, important factors like stability, the frequency of releases, user-compatibility, and the length of support are all crucial. Failing to take all the operating system’s pros and cons into the equation can lead to frustration for the users or administrators.

When choosing a Linux-based or Unix-like operating system, weigh your needs, the available hardware, and network capabilities, and find the perfect choice for you. Distributions like Ubuntu, Fedora, CentOS, and Debian are all popular solutions that offer a variety of benefits. Do your research and check the most recent release of further information before finalizing your choice.